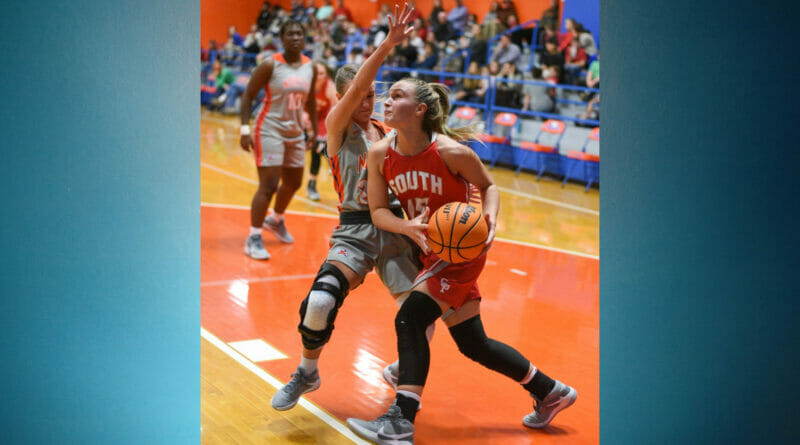 South Pontotoc picked up an in county win in girls action on Thursday with a come from behind 57-53 win against North Pontotoc.

The Lady Cougars did not lead until the fourth quarter on a pair of three point baskets from Sydney Brazil and Rebekah Pilcher that was part of a 12-4 run to make the score 46-45 to start the fourth.

North Pontotoc jumped out to a 16-6 first quarter advantage that saw all five starters get in on the scoring action. South was able to cut into the lead in the second with the three ball, as Pilcher and Brianna Jamison each connected on one. The Lady Vikings took a 26-16 lead into halftime.

The third quarter saw both teams open up on offense, with Shemiah Hadley and Madison Guerin carrying the scoring load in the quarter for North Pontotoc with a combined 11 while South stayed in the contest with four points from Caroline Cook and a three pointer from Brazil and Maggie Gaspard. North led 41-34 after the third.

The fourth quarter saw a scoring barrage from Pilcher and Brazil and an increase in defensive intensity that was the difference in the ballgame.

Pilcher finished the fourth quarter with 13 and 21 for the game. Brazil had 7 in the final frame and 14 in the game. Hadley led North with 19 while Guerin added 11.

There was no boys contest.

Check out more photos from the match by Whitney Robbins at this link.