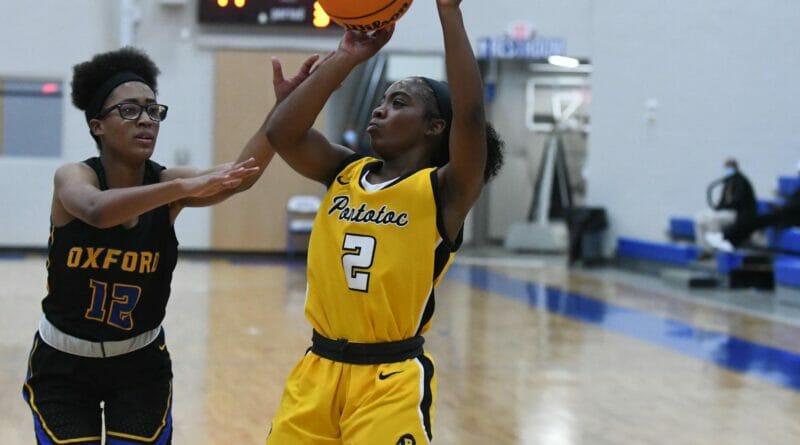 The first quarter of Saturday’s contest between Pontotoc and Oxford was a microcosm of what makes the Lady Warriors such a formidable team this season.

The magic number was five in the first quarter as Pontotoc built a big lead that they would not give up on their way to a 51-28 victory.

Pontotoc held the Lady Chargers to just five points while creating five steals and they got scoring from all five starters as they built a 22-5 lead after one quarter. Samya Brooks controlled the paint while Makayla Boyd hit a trio of three pointers, including a buzzer beater, and the end result was never in questions as the Lady Warriors led start to finish.

The Lady Warrior defense would again lock in during the second quarter as they held Oxford to just a pair of baskets again and Pontotoc took a 34-11 lead into the break. Brooks would add seven points to her total to go along with five rebounds in the period.

The second half was a stalemate with each team putting up 17 points but the damage had been done.

For her 18 point effort Brooks was awarded player of the game. Boyd and Angela Middleton would each add nine points.

Pontotoc is back in action Tuesday at home against Hernando, who looked impressive Saturday at the Hound Dog Classic as well. You can see more pictures from Saturday on the Pontotoc County Sports Facebook page.