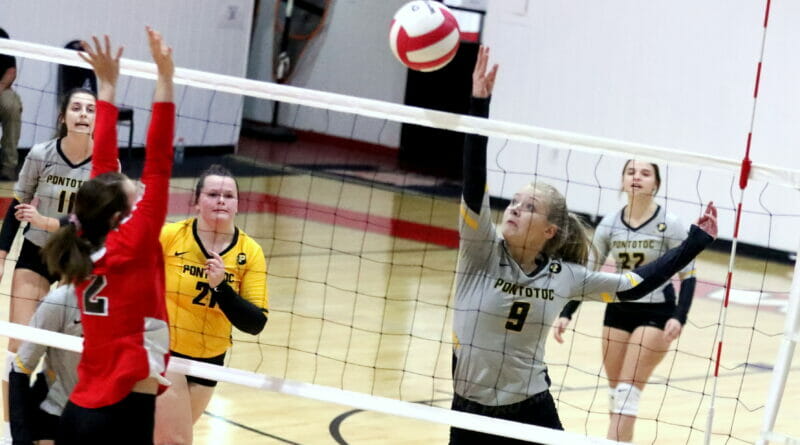 Pontotoc went looking for a challenge ahead of the final stretch of regular season games.

They found it on the road at Walnut.

The Lady Warriors fell behind 1-0 to the Lady Wildcats and were trailing in the 2nd set, but used a second set rally to tie the match up and eventually claim the road victory 3-1.

The Lady Warriors totalled 29 kills in the match to control the net, led by Samya Brooks who turned in 8. Brooks added a team high 5 blocks and was named the player of the game.

Ava Robbins led with 4 aces with Caroline Howard adding a trio while commanding the defense from her Libero position.

Alayna Ball and Mollie Rackley each had 5 kills. Audrey Hamill added 4 while Sadie Stegall had 3.

Pontotoc moved to 10-5 on the year and next take on Shannon in region action.