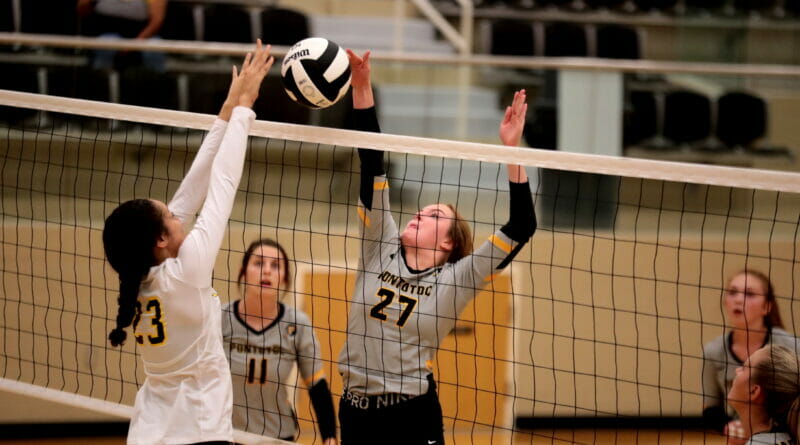 Pontotoc took out Ripley on the road on Thursday in sweeping fashion while South swept Potts Camp and North fell to Walnut.

The Lady Warriors used big runs in all three sets to take out the home team Lady Tigers in straight sets on Thursday by scores of 25-20, 25-11, 25-21. It was the first match of the season for Pontotoc.

Pontotoc won a back and forth match in the opening set and completely dominated the second, jumping out to an 8-0 lead that featured three Scout Waldrop aces. Waldrop and Audrey Hammil would lead the way with 5 aces each in the contest.

The Lady Warriors battled back in the third set after falling behind 11-4 early. Caroline Howard would end the match with her second ace to go along with six assists and 19 digs.

Hamill would lead the way with 11 kills as the Lady Warriors overpowered the Lady Tigers at the net the entire game.

Assistant Coach Kate Hester, filling in for Annie McGregor who is on maternity leave for six weeks, was pleased with her teams effort on the defensive end.

“I thought we defended well and ended with 47 digs on the night. The girls battled all night and it’s good to get the first win on the road,” Hester said.

Be sure to check out the Pontotoc County Sports Facebook page for pictures, video and more.