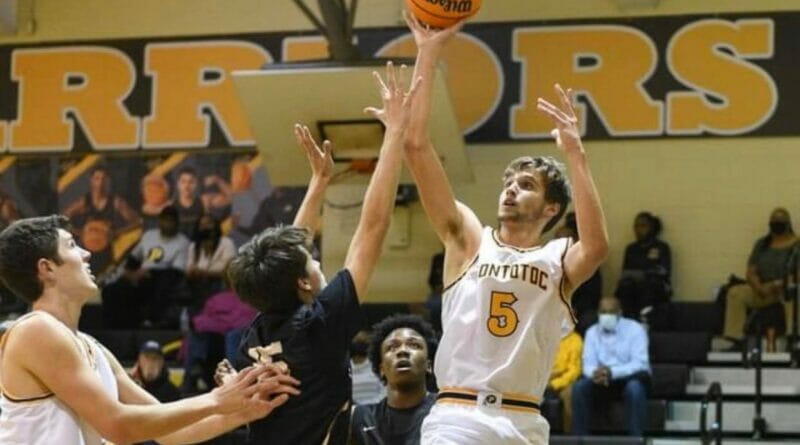 Pontotoc hosted Amory on Tuesday in one of the few area matchups that included both a boys and girls contest.

Both games were taken from the same scripty, apparently. Pontotoc rushed out to a big lead and got a balanced scoring attack to claim victory over Amory.

In girls action, the Lady Warriors went up 17-6 on Amory after the first quarter, including starting the contest 13-0, and never trailed en route to a 66-28 victory.

Sky Vaughn led the scoring attack with 19 points. Samya Brooks 14 while Makayla Boyd put up 12, all in the first half. Angela Middleton finished the night with 9 for the Lady Warriors who moved to 4-2 on the season.

In the nightcap between the Warriors and Panthers, a highly anticipated matchup quickly turned in to a rout. Pontotoc jumped out to an 11-0 lead and never left any doubt in the outcome as they won in every phase of the game and claimed an 86-50 victory.

Pontotoc led 48-18 at halftime and scored 36 of their first half points either in the paint or at the free throw line. Rock Robinson and Joe Haze Austin each scored 12 in the first half

The second half was more of the same, as the Warriors size in the post proved too much for the visitors from Amory and Pontotoc cruised to their 7th win of the season to remain undefeated.

See more pictures from Whitney Robbins on the Pontotoc County Sports Facebook page or on the Studio 107 facebook page.