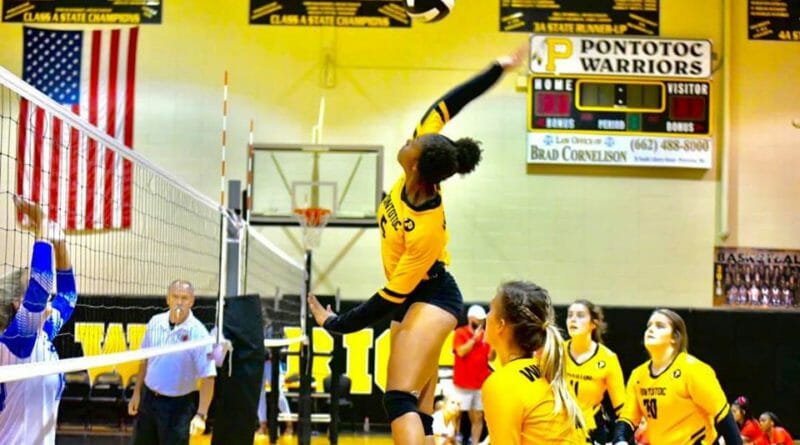 The Lady Warriors have increased their win total in each of the last three seasons, including a 20 win season last year that gave this group a trip to the 4A playoffs.

They have high hopes for the 2020 season, which seems fitting as the program has grown over the last few years.

“We have set some high expectations for ourselves this year. Our standards have gotten higher and higher each year,” Head Coach Annie McGregor said of the Pontotoc approach to what could be a big year for her program.

Those high hopes are well founded, with six starters returning from a playoff squad last season that fell to eventual state runner-up New Albany in the first round.

Browner and Brooks return as deadly threats at the net, each accounting for 130 kills last season. The two also put up 147 blocks combined in 2019.

Caroline Howard led the squad in digs last year with 438 while Gray was second on the team with 272. Hamill is the returning leader in service aces with 62.

Coach McGregor thinks that a few changes in her teams gameplay this year will pay big dividends, as they look to run a dual setter formation this year. Scout Waldrop will be an addition to the rotation as an additional setter.

With returning production all over the court and their sites set on big things, the Lady Warriors coach thinks a few tweaks to their game will make a world of difference this year.

“We are going to run a quicker tempo offense, increase our communication on the court, and control the momentum of the game.”

Pontotoc opens the season Tuesday August 25th at Mooreville. See their complete schedule below. Follow Pontotoc County Sports on Facebook and also the Missisisppi Sports youtube channel for highlights throughout the season.