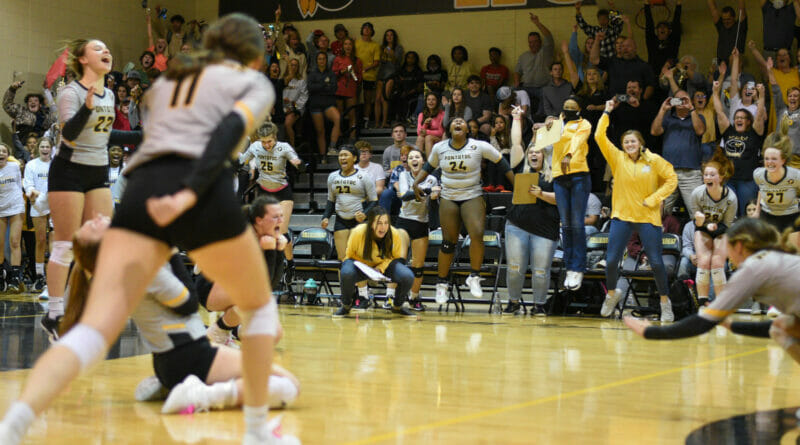 To say the Lady Warriors had their back against the wall on Tuesday night is an understatement.

Pontotoc was behind 2-0 to a very good squad from Caledonia. The home team’s season hung in the balance, needing three wins to advance while dropping another set would end their year.

The Lady Warriors decided to fight.

Hamill, Sadie Stegall and Ava Robbins each put up 10 kills on the night to pace the Lady Warriors at the net. Samya Brooks added 9 while Mollie Rackley contributed 6.

Caroline Howard turned in a dominant defensive performance, coming away with 48 digs on the night. Hamill led with 23 assits while Scout Waldrop added 17.

The Lady Warriors move on to face Pass Christian on Saturday. The match is set for 3 pm at Ridgeland High School.