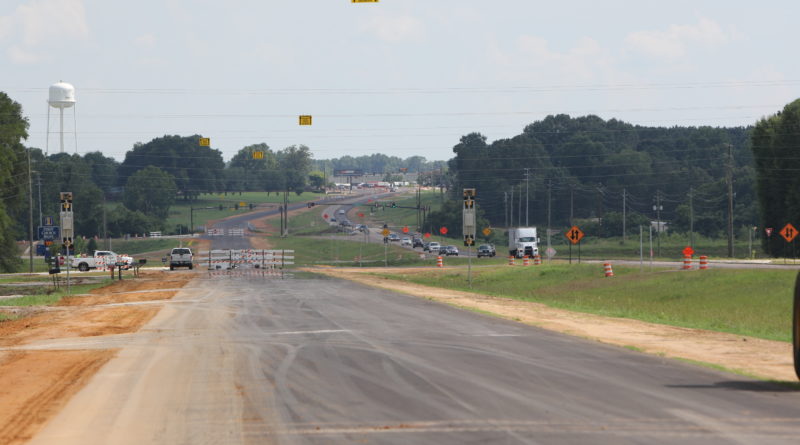 – The Mississippi Department of Transportation (MDOT) recently opened to traffic a new four-lane section of State Route 15 in Pontotoc County.

The highway will open at approximately noon. The multi-year construction project expanded the highway from two lanes to four along an eight-mile stretch from State Route 76 north to the Union County line. As part of the project, three new bridges were built, two bridges were replaced and a sixth received repairs and improvements. The intersections at State Route 345 and QT Todd Road were also realigned, and the intersection at State Route 346 was widened.

“It’s great to see things moving forward on Highway 15. This stretch is an important stretch, but as anyone who drives this road knows, we have more work to do,” said Commissioner John Caldwell, Northern Transportation District.

The SR 15 expansion was a multi-year effort for MDOT. The first phase of the project began in February 2016 when an $11.1 million earthwork contract was awarded. The phase prepared the road bed for future construction. The first phase also included constructing three new bridges over the Tanglefoot Trail and Lappatubby Creek.

The first phase of the project was completed in October 2017. As funding became available, MDOT moved to the $21.5 million construction phase in April 2018.

During the construction phase, crews built two new lanes adjacent to the existing highway. When the two lanes were completed, traffic was routed onto the new lanes, allowing crews to replace bridges and pavement on the existing lanes.

The Tanglefoot Trail Bridge, which was built in 1971 over a railroad, was replaced, and the existing roadway was lowered to a similar grade as the new lanes. On the south end of the project, the Lappatubby Creek Bridge, which was constructed in 1955, was also replaced.

The construction method allowed the highway to remain open for the movement of people, goods and services.

“It is important when roadways open and change that motorists drive carefully during days, weeks and even months of adjustments. We’re always looking for ways to improve traffic flow for safety and commerce. Drive defensively, and we’ll continue moving forward to another new section of four-lane as funds become available,” Caldwell said.

While the highway has reopened to motorists, crews may still be present on the roadside completing final work items. Motorists are reminded to slow down, move over and avoid distractions through work zones